Since 1963, the Tourist site Chute à l'Ours in Normandin has had the mission of offering citizens and tourists a variety of recreational facilities on an enchanting site, with concern for sustainable development.

On the banks of the Ashuapmushuan River

Meaning "Where you watch for the moose" in Ilnu, Ashuapmushuan has always played a major role in the lives of those who have roamed it for millennia. It was first used by Aboriginal populations to move from the Lac Saint-Jean watershed to that of James Bay and the Saint-Maurice River. Then, with the arrival of the first Europeans, it became one of the major channels of the fur route. It was through this route that the first settlers arrived at the Normandin sector in July, 1878. 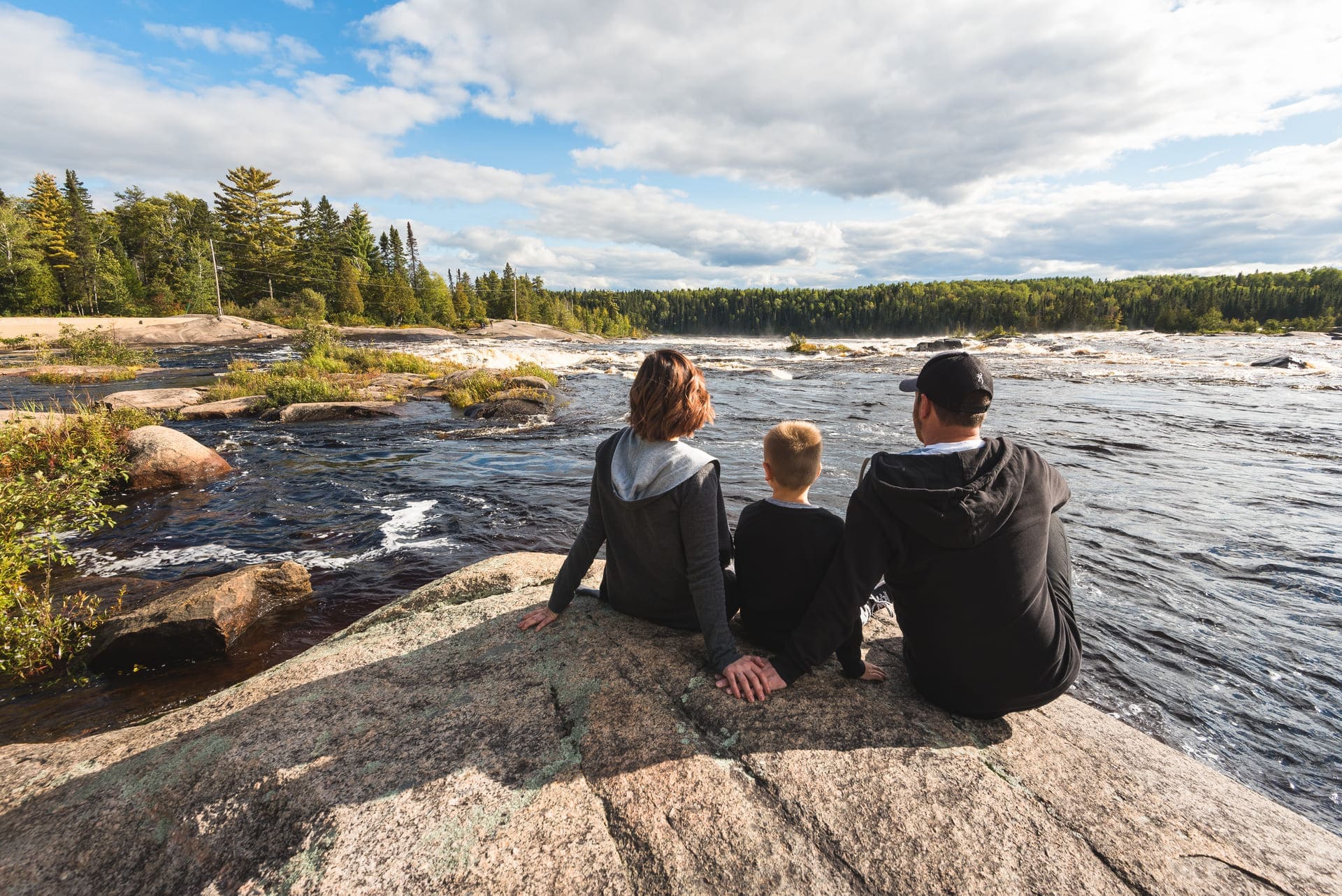 A birth in collaboration

In addition to its historical importance, the Ashuapmushuan River has an exceptional natural character. This is why, in 1962, its magnificent panoramas and the roaring of the ''Grande Chute à l'Ours'' chute prompted the Normandin municipal council to take steps to develop this area into a tourist centre. At the time, winters were economically difficult for many people, including farmers. In order to remedy unemployment, a winter work incentive program was established. In 1963, the program included the development of a tourist complex on Rang I, facing the Grande Chute à l'Ours. The engineering firm Morin et Doucet was responsible for drawing up the plans and supervising the work.

On February 4, 1963, the Corporation of the Canton of Normandin leased a site on lots 12 and 13 of Rang 3 from the Ministry of Lands and Forests, and was granted a right of way on lots 10 and 11 in order to access the site. The Department approved a 10-year lease at a rate of $25, with the obligation to make improvements of $5,000 to the land for the duration of the lease. The site is now the property of the City of Normandin, who manages it. 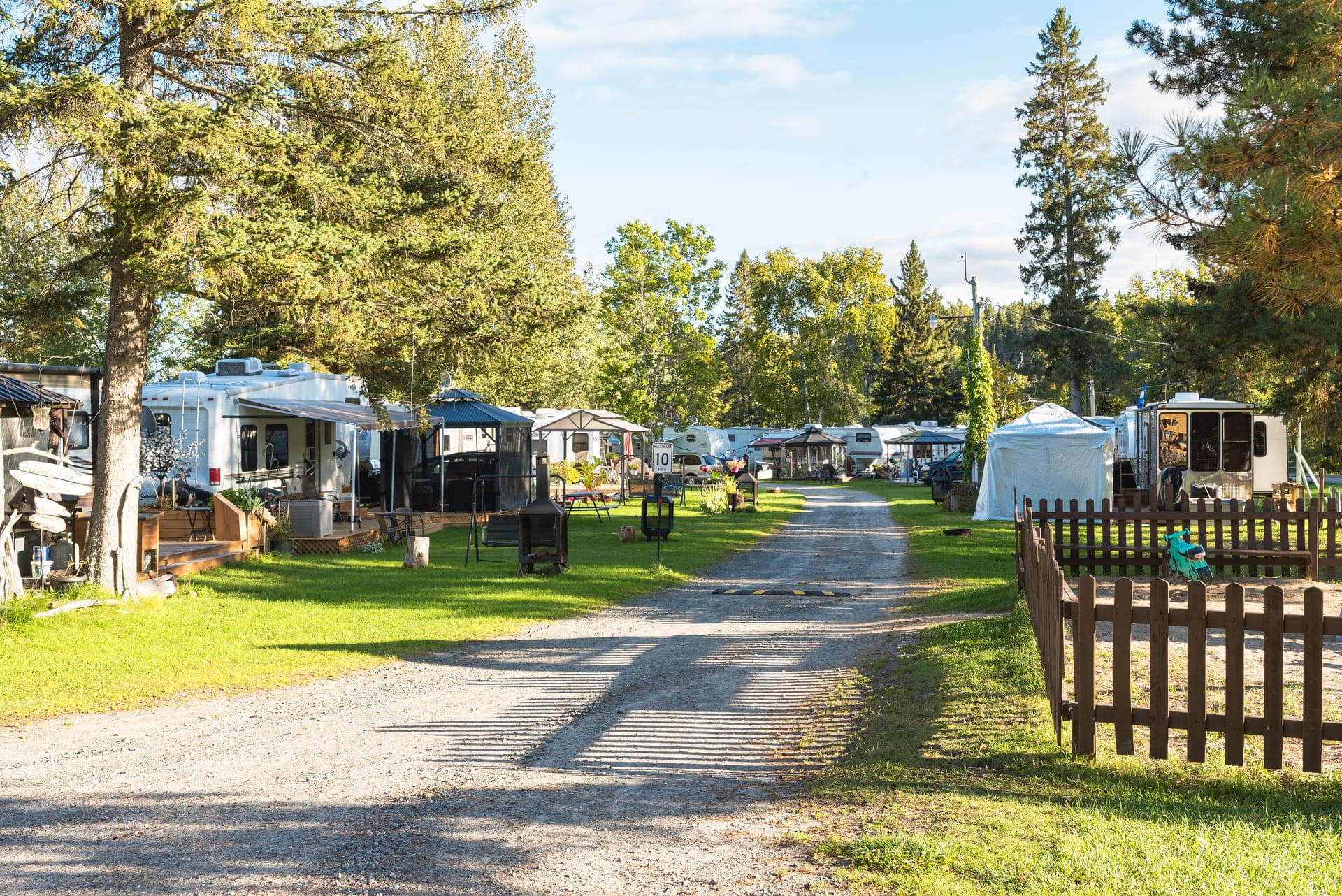 Sustainable development and environmental protection are part of our fundamental values. This is why we have put in place initiatives to reduce the environmental footprint of our activities : 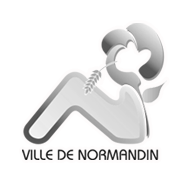 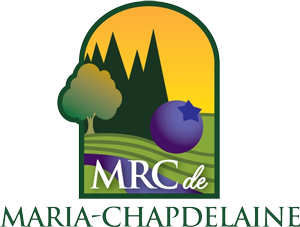 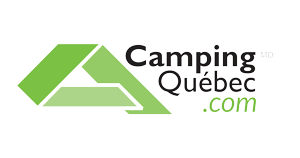 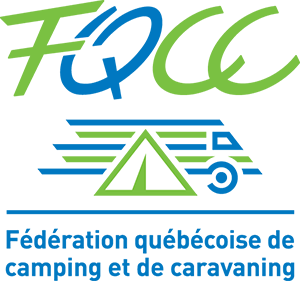 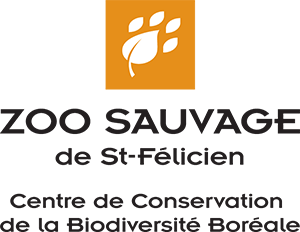 The renter may postpone his stay during the same season, if we are advised of this cancellation no later than 10 days before the date of arrival. After contacting us, a 30 day hold is granted for the choice of the new rental dates, otherwise the deposit is retained.

If a stay is cut short, the canceled nights are not refundable.

What are the entrance fees?

During the summer period (June to August), the daily entrance fees are :

During the winter period, access is free for all visitors.

Are dogs allowed?
Yes. Dogs are allowed on site, however they are prohibited inside the cabins, motel rooms, the restaurant and at the swimming pool. For campsites, a maximum of 2 dogs is accepted per site, at a charge of $2 per day per dog, up to a maximum of $10. Pets must be kept on a leash at all times and it is mandatory to pick up their excrement.
Is the water safe to drink everywhere?
Yes. All our faucets provide drinking water, including the sinks in our sanitary block and access to running water for your trailer.
Do you have hiking trails?
Yes. The Mask8àtik8iche trail (2.4 km) runs along the Ashuapmushuan River to offer unique views the Grande Chute à l'Ours rapids. The riverfront Arboretum trail (2.7 km) has been completely renovated for the 2021 season. With 3 magnificent footbridges and nearly 1 km of boardwalks, this trail allows you to enter the countryside to discover the regional flora. Visite our page Activities for more information about on-site and nearby activities.
Is swimming allowed in the river?

NO. For safety reasons, swimming is not allowed in the river.

Is there a charge for showers?
The rate is 25 cents per 2 minutes. Only 25 cent coins are accepted.
What are the rates for the laundry facility?
The rates are $1.25 for the washing machine and $1.25 for the dryer.
Is the swimming pool heated?
Yes. Our swimming pool is heated by a forestry biomass system, an eco-responsible solution.
Is it permitted to make a fire?
Yes. Campfires are permitted in areas designed for this purpose and must be extinguished before bedtime. Fires may be prohibited on the recommendation of SOPFEU. It is mandatory to comply with these guidelines.
Can I bring my own firewood?
It is advised to source your wood locally in order to avoid the transport of diseases and harmful insects. You can also purchase firewood on-site.
Is cell service accessible?
The network is partially accessible on the site. This means you can't trust it. We offer free WIFI on most of the site.
What food services are available?
We offer an on-site restaurant/bar as well as a convenience store. For more information, see the Restaurant page.
What services are offered for cycling enthusiasts?
For cycling visitors, several services are offered such as luggage transportation, secure storage, and a minor repair station.

What are the arrival and departure times for the camping sites?
Sites are available from 1 p.m. and must be vacated by noon on the day of your departure.
Can I set up an extra tent on my campsite or on the cabin grounds?

What services are available on campsites?
We offer rustic (without services) or serviced sites. The serviced sites are available with 2 services (water, electricity) or 3 services (water, electricity, sewer). You can also choose 15, 30 or 50 amps. For more information, see the Camping page.
What do I do if I want to modify or cancel my camping reservation?
For all modifications or cancellations, you must call us at (418) 274-3411.

What are the arrival and departure times for the cabins and motel?

Cabins/rooms are available from 4 p.m. and must be vacated by 11 a.m. on the day of your departure.

I would like to borrow a BBQ for my cabin stay. How do I do that?

A propane-BBQ rental costs 10 $. You can bring your own propane tank or buy one for an extra 11 $. Please inform at the reception.

What do I do if I want to modify or cancel my cabin or motel reservation?
For all modifications or cancellations, you must call us at (418) 274-3411.